Deciding To Decode Your Car

Your engine's timing belt is one of the smaller components under the hood, but it is also one of the most important parts within your vehicle. The timing belt, as its name would suggest, ensures that the valves within your engine open and close at the proper time to ensure efficient operation: thus, any sort of damage or malfunctioning in your timing belt can cause all sorts of complications for the operation of your vehicle. Understanding some of the warning signs associated with a timing belt that needs to be replaced can help you identify when you should head to an auto repair shop before more serious problems appear.

One of the most common signs of a damaged or bad timing belt is an increased rate of engine misfires. This occurs because the timing belt is slipping, causing valves to open or close before they are supposed to. This is more than a minor annoyance: constant misfires place a great deal of stress on the cylinders of your engine, and make structural damage in your engine a very real possibility – which is much more complicated and expensive to repair.

In a similar vein to the above point, you should keep an eye on the exhaust coming out of your vehicle. Valves that are not opening or closing at the proper time will cause an inefficient mixture of air and fuel to enter your engine, which will not only reduce the fuel efficiency of your vehicle but will also increase the fumes coming out of your muffler – usually colored in a darker shade and in greater volume.

While oil leaking underneath your vehicle can be caused by all sorts of mechanical issues under the hood, in many cases it can be caused by a loose casing over your timing belt. If allowed to continue, your timing belt may become improperly lubricated, making tearing and other forms of damage much more likely. In any event, it's always a good idea to get leaking oil checked out by a qualified mechanic: even if your timing belt isn't particularly to blame, you likely have another mechanical issue that requires servicing.

Another common warning sign associated with a timing belt that isn't working properly is if there is an odds series of noises coming from under the hood while driving normally.  A damaged or torn timing belt can produce a constant ticking noise, which is the altered sound that occurs when a damaged part of your belt makes a revolution. Alternatively, a lack of lubrication, or damage to the rotors which allow the belt to move, can cause a high-pitched screeching sound that will alter its pitch as your vehicle speeds up or slows down. 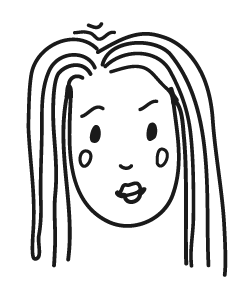 When it comes to taking great care of your car, it isn't always easy to know where to start. Fortunately, a friend of mine recommended learning everything I could about the way the car worked, and I started focusing more seriously on decoding my vehicle. I started looking around for great new places where I could find auto service, and within a few months, I could tell that I had made some pretty significant progress. I wanted to start a new website that centered around decoding your car and doing what you can to make things better, so check out this blog.